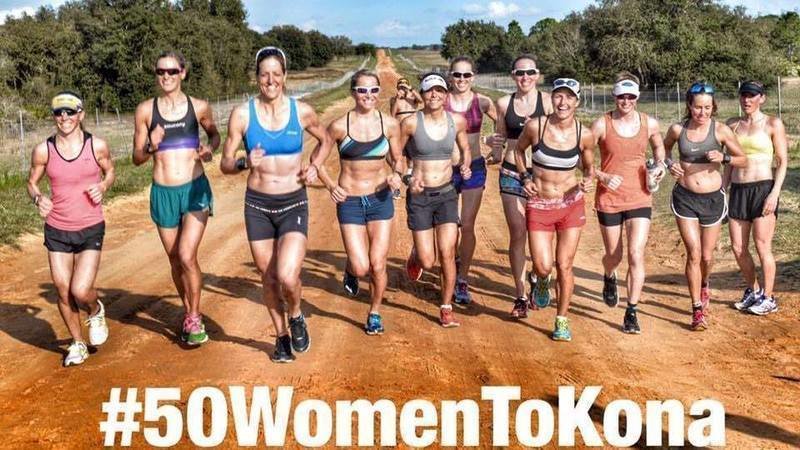 This past weekend was my birthday, and I celebrated it in the most uber-triathlete way possible: getting promoted at masters swimming, a CompuTrainer ride where I put the hurt on Brian, who then turned around and surprised me with a set of new race wheels (!!!), signing up for my very first Ironman (!!!), tracking the splits of friends racing at IM Louisville, and eating lots of delicious food and drinking many beers.

The centerpiece of the birthday festivities was the Ironman World Championship in Kona, which is pretty much the only time all year where I will spend an entire Saturday on my couch watching sports. The live broadcast has its share of issues – some technical, some programmatic – but I generally enjoy watching it, because it’s one of the couple of times a year that I get to watch elite athletes compete against each other in a sport I love.  (Imagine if you only got to watch pro football during the Super Bowl.  That’s what it’s like to be a fan of professional triathlon in this country.  All I can say is thank Maude for the Internet and for Universal Sports Network.)

This year was different, though, because this year I was made aware of a puzzling inequity in long-course triathlon, and that is the fact that women only get 35 spots at Kona, while men get 50 spots.  The oft-given argument in favor of the unequal number of spots is that they are allocated in proportion to the gender of the athletes who take part in Ironman races.  While I’m totally on board with this as a standard for age-groupers (where far more men compete than women), it doesn’t make a lot of sense to me at the professional level.  I mean, it would be like limiting the number of male gymnasts sent to the Olympics because more women compete in gymnastics than men.

And what I find most alarming is that the smaller number of spots means many pro female triathletes have to race far more than their male counterparts to earn enough points to qualify, so you end up with women who are toeing the line at one of the toughest races in the circuit, already in a state of depletion.  It all seems like a recipe for disaster, if you ask me, especially as more comes to light about overtraining syndrome, which has already seriously damaged the health and careers of many top ultrarunners.

But I’m not going to talk about the numbers and the policies and all that, because there are lots of people out there who have written thoroughly about this subject and with far more knowledge than I possess.  Here are some links to recent articles that provide some good background reading:

Instead, I want to talk about this from the perspective of an age-grouper who loves the sport of triathlon.  One of the ongoing debates in super-geeky triathlon circles is whether pros are important at all in a sport that increasingly caters to age-groupers like myself. They talk about age-groupers who have no idea who Chrissie Wellington is, or how a lack of a pro field at some IM races doesn’t affect age-group turnout at those races.

Well, I’d like to say that this age-grouper absolutely cares about professional triathletes. Not only do I know who Chrissie Wellington is, but her book is one of my go-to reads whenever I’m psychologically getting myself ready for a race.  I’ve read her book so many times that the binding has literally fallen to pieces, and I should probably spring for a new copy before I read it again. To me, the answer to “can you believe triathletes don’t know who Chrissie is?” isn’t to say “that’s why pros are pointless,” but rather to make sure they know how amazing she is.

Or let’s talk about Mirinda Carfrae.  I’ve actually raced on the same course as her before. I’ve seen her and Tim O’Donnell warming up before they took on the swim at Ironman Florida. Both of them are ridiculously nice.  I’ve raced the same course as Heather Jackson and Jesse Thomas in Princeton. I’ve seen Leanda Cave ride her bike through the streets of Miami.  I think it is cool as hell that this is a thing that happens, that amateurs like myself can actually race at the same time as top athletes.

I follow so many professional triathletes on social media: Rinny, Caroline Steffen, Beth Gerdes, Rachel Joyce, Helle Fredrickson, Heather Wurtele, Hillary Biscay, Meredith Kessler, Angela Naeth, Alyssa Godesky.  I watch their videos, I read their race reports, I see their photos. I get so much motivation from the little snippets of their lives that they share with us.  Sometimes Siri Lindley will post little videos of her athletes hard at work, and they inspire me to get off my ass and go train.

I also consider myself a student of the sport, which means not only learning about training, nutrition and gear, but also learning about all the women who helped to make the sport great, women like Paula Newby-Fraser and Erin Baker and Karen Smyers and Natascha Badmann.  Because triathlon is a relatively new sport, one that came of age in a post-Title IX world, it’s a sport where the legends include both men and women. Think about who is credited with inspiring people to get into triathlon way back in the early 1980s: a red-headed graduate student in her 20s by the name of Julie Moss. I would be hard-pressed to find a sport with a stronger history of gender equality than triathlon, which makes this issue all the more frustrating.

So this is why I support #50WomentoKona – because I support female professional triathletes. I support them just as I support all professional female athletes and all female athletes, period. I want those of us who love being athletes to have every opportunity to pursue our passions at whatever level possible, whether that’s in grade school or college or at the pro level, and if we have to knock down institutional obstacles to make that happen, then I am all for it.

If you are interested in supporting the cause of gender equality for pro female triathletes, you can find out more by going to 50womentokona.org and signing a Change.org petition in support of their aims.

You can also check out TriEqual.com, which is has also spear-headed several initiatives to promote women in triathlon both at the professional level and the age-group level.  It probably goes without saying that I think they’re pretty excellent.

One response to “Why I support #50WomentoKona”