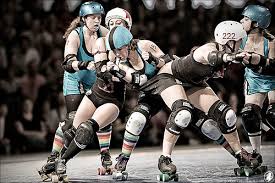 For a lot of people it seems like that’s a question with a no-brainer answer, but dig a bit deeper and it’s easy to see it’s not nearly that simple.

Gender and sex each exist on continuums that operate almost independently of one another, and the combination of the two manifest in a wonderfully endless kaleidoscope of human sexual expression.

Even just looking at the question from a purely physio-biological viewpoint shows how difficult it is to answer.  For instance, if you say a woman is someone with a uterus, then what do you make of a woman without a uterus?  Or who is born with a penis and a uterus?  Or who has testes? And what about women who are transgendered?  Or women who are transgendered who have not undergone surgery or hormone therapies?  Or those who do not want to?  Or those who cannot afford to?

This is a vast simplification of things, but I use it to merely illustrate my point, which is that it is not so simple to devise a definition of “female” that doesn’t end up excluding women.

The Women’s Flat Track Derby Association recently attempted to do exactly this by developing a gender policy.  And to their credit, they tried to do so in a way that they hoped would be inclusive of women who are transgendered and intersexed. They went further than a lot of people would.

But the problem is, that the policy lays out the following requirement, as paraphrased by Roller Derby Inside Track:

Essentially, the policy states that if a health-care provider (loosely defined) verifies that a person’s “sex hormones are within the medically acceptable range for a female”, then the person can be considered a female and is allowed to compete on a chartered team in sanctioned games.

The link from Roller Derby Inside Track is worth a good, thorough read.  The author really breaks down the biological issues of making gender definition dependent on hormones.  And of course, there are also a large number of political, sociological and philosophical questions brought up by this as well.

I actually became aware of this earlier today when reading the Philly Roller Girls response to the policy, which criticizes it for using hormone levels as a standard by which gender is determined:

Philly Roller Girls believes that this opens the door to the kinds of hormone-testing witch hunts that have plagued other sports for years. Simply put, if WFTDA is prepared to request hormone testing to determine gender, the organization should also be prepared to do so for athletes born female, as many women have congenital or acquired disorders that lead to hormone levels outside what a physician might define as “normal ranges.” We believe that using hormone levels to define “female” is a slippery slope that leads to discrimination against all skaters. And, if WFTDA’s goal is to ensure that a transgendered athlete is committed to identifying as “female,” this fails to take into consideration that a skater and her physician might choose not to pursue hormone modification. However, for the purposes put forth in the Policy on Gender, skaters wishing to be included on league charters would be required to do so.

The whole statement is also seriously awesome, and I recommend reading that as well.

When I first read the statement, the person who immediately leapt to mind was Caster Semenya, the middle-distance runner whose gender was called into question after she won a world championship.   The shitstorm that followed the IAAF’s insistence that she undergo testing to ensure that she was in fact a woman was so very sad, to watch the way this muscular, talented woman’s identity was called into question because she did not match up to the physical image of what many think it means to be a woman.  (And the magazine cover she did later on, where she was all dolled up in make-up?  Broke my heart, I tell you.)

And this is the thing – it’s not that I don’t understand the need for some kind of definition, a line to draw to keep competition balanced out.  While I don’t subscribe to the idea that all men are automatically stronger and more athletic than all women (because seriously, you gonna tell me that marathoner Ryan Hall has more upper body strength than weightlifter Cheryl Haworth?), I do acknowledge that men tend to have greater upper-body strength and tend to be larger than women.  So definitely, if people want to play in gender-segregated sports leagues, I can totally understand why they would want to do so.   (And if they want to go mixed-gender?  That’s rad, too.  Whatever floats your sports-lovin’ boat, I say!)

But then it always comes back to the main question – where do you draw the line?  And how do you draw a line in such a way that it doesn’t exclude people from participating in something they love?  And in a way that doesn’t humiliate people or make them feel marginalized?

I don’t really know, but I appreciate that a dialogue has been opened by WFTDA and PRG, and I hope the dialogue will continue until a policy can be developed that adequately deals with the complexity of gender and sex.  Because as more women enter the world of sport, and as more people come to embrace a variety of gender and sexual expressions, it’s going to become more necessary that we have a practical, humane way of handling these questions.

6 responses to “How do you define ‘female’? Roller derby’s debate over gender”